17.08.2021   ·   Ad hoc announcement pursuant to Art. 53 LR
Reading time: 7 Min
VP Bank recorded solid results for the first half of 2021. Group net income rose significantly versus the prior-year period to reach CHF 29.9 million. Client assets under management increased by roughly 11 per cent, and the cost/income ratio declined to 79.4 per cent, thereby continuing the trends seen in recent years and demonstrating that VP Bank Group has entered its new strategy cycle on a firm foundation.

Income from commission business and services rose by 9.1 per cent to CHF 78.0 million.

Reduced operating expenses after prior-year charge for a special effect

Operating expenses declined noticeably versus the prior-year period, namely by 9.6 per cent to CHF 132.2 million. The first half of last year was marked by a one-time charge for a special effect of roughly CHF 20 million.

General and administrative expenses increased by 6.9 per cent to CHF 31.0 million, largely due to investments aimed at strengthening the organisation and implementing the Bank’s IT strategy.

Personnel expenses rose by 5.8 per cent to CHF 86.0 million as the Bank reinforced its Risk and Compliance functions, invested in the new “Client Solutions” business segment, and onboarded the client business staff of Öhman Bank S.A. At the end of June 2021, VP Bank Group employed approximately 940 individuals (expressed in full-time equivalents).

In the period under review, a net total of CHF 0.3 million was released from value adjustments, provisions and losses, compared to the CHF 21.7 million that was established in the same period of last year, mainly in reflection of the one-time special effect of around CHF 20 million.

With a tier 1 ratio of 20.8 per cent (30.06.2020: 20.1 per cent), VP Bank continues to enjoy an extremely comfortable equity base compared to its peers. This clearly exceeds the regulatory minimum requirements prescribed by the FMA and is also higher than the Bank’s targeted level of at least 20 per cent.

VP Bank Group’s growth strategy was again successfully pursued in the first half of 2021. Compared to the 31 December 2020 total, client assets under management grew by a significant 10.8 per cent to a total of CHF 52.6 billion.

VP Bank recorded CHF 0.7 billion in net new money during the first half of 2021. The additional managed client assets from the acquisition of the client business of Öhman Bank S.A. amounted to CHF 0.9 billion, and positive market performance accounted for CHF 3.5 billion of the increase.

In the first half of 2021, VP Bank forged ahead with the implementation of its Strategy 2026 and pursued important milestones according to plan.

VP Bank’s existing business remains the foundation of this strategy. The clearly defined region-specific strategies are aimed at achieving profitable and sustainable growth at all six of the Bank’s international locations. In the first half of 2021, the acquisition of the client business of Luxembourg-based Öhman Bank S.A. was completed. As a result, the expansion of activities in the Luxembourg and Scandinavian markets could be driven forward. Through the conclusion of a cooperation agreement with Hywin Wealth Management Co. and the acquisition of an equity interest in Hywin Holdings Ltd. in March 2021, another major step was taken in the development of VP Bank Group’s Asian business. Through the appointment of a new head of VP Bank’s Asian activities, as well as the onboarding of further personnel who bring with them an extensive local client network, the Singapore and Hong Kong locations have also been decisively strengthened.

The consistent observance of sustainability at both the banking and investment levels is another important cornerstone of Strategy 2026. VP Bank’s inclusion this past February in SIX Swiss Exchange’s two sustainability indices, SPI ESG and SPI ESG Weighted, is testimony that the Bank is on the right track in this regard. VP Bank is also a new signatory to the UN Principles for Responsible Investment (PRI) and the UN Principles for Responsible Banking (PRB). By having done so, the Bank is underscoring its determination to anchor sustainability throughout the VP Bank Group and report on the progress being made.

The efficiency and effectiveness of VP Bank’s IT infrastructure as well as its open, service-enabled core banking system constitute key pillars of the Strategy 2026. In addition to investments in the Bank’s in-house IT know-how, technology partners also play a vital role. Therefore, at the beginning of the year, a strategic cooperation with Swisscom was entered into with the aim of ensuring the reliable operation of the Bank’s IT infrastructure. In June 2021, an innovation partnership with InvestCloud was also arranged in order to lay the foundation for providing personalised wealth management services via ecosystems.

Aside from the further development of existing Group-wide business activities and the optimisation and scaling of the related processes and systems, new business models and opportunities form the third key pillar of VP Bank’s Strategy 2026. Collectively, these pillars will ultimately result in the fulfilment of the Bank’s ambition to establish itself as an international Open Wealth Service pioneer. In the first half of 2021, the “Client Solutions” unit created in 2020 successfully completed preparatory work for the launch of the ORBIT ecosystem, which will facilitate easy access to the private market asset class, a segment that to date has been difficult for investors to enter.

Standard & Poor’s reaffirmed in July 2021 its solid “A” rating of VP Bank, thereby attesting to the appropriateness of the Bank’s strategic measures. In September 2021, the rating agency will present a detailed report on its assessment.

Outlook for the second half of 2021

VP Bank will continue to pursue its Strategy 2026 in the second half of the year in accordance with a clearly defined set of measures. One focal point will be on the further development of the existing business both in the Liechtenstein home market and at the Group’s other locations. Furthermore, active market development in the area of private market solutions in the ORBIT ecosystem will play a central role. New products such as the digitisation of art objects and other non-bankable assets will complement VP Bank’s offering.

In addition, the implementation of the IT strategy will continue to be systematically driven forward. One milestone has already been determined, namely the newly created role of Chief Transformation Officer, who will bear overall responsibility for the transformation programme as of 1 December 2021 and be tasked with promoting the definition and further development of our seamless client journey across locations, organisational structures and departmental boundaries.

Throughout the 2026 strategy cycle, VP Bank will strive to achieve a Group net income of CHF 100 million as well as meet additional quantitative targets, namely: a profit margin of more than 15 basis points; a cost/income ratio of no more than 70 per cent by the end of 2026; a tier 1 ratio in excess of 20 per cent over the cycle; and an annual 4 per cent rate of growth in net new money, which will probably not be fully achieved in the current fiscal year due to anticipated outflows in the institutional funds area.

Paul H. Arni, CEO of VP Bank: “The progress and milestones achieved in the first half of the year confirm the viability of our strategy. VP Bank’s 2021 semi-annual results and strong equity base form a solid foundation for the further development of VP Bank Group. Knowing that no strategic development happens overnight, I am convinced that we are well on the way to achieving our goals.” 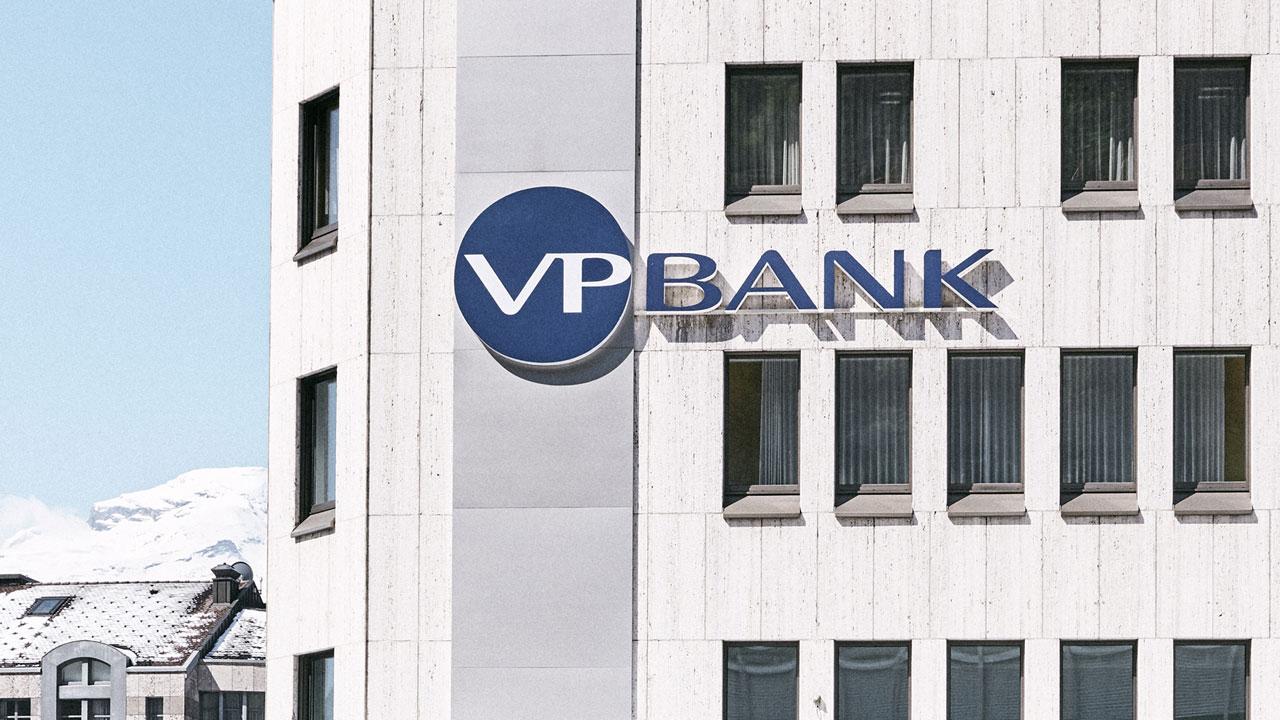 Change on the Executive Board of VP Bank Group and appointment of a new CEO of VP Bank (Switzerland) Ltd.