09.11.2020
·
Dr. Felix Brill, CIO
Reading time: 3 Min
Joe Biden is the president-elect of the USA. After a nerve-racking counting marathon, the 77-year-old Democrat and former vice-president in Barack Obama's administration has managed to gather more than the 270 electoral votes he needed. With the 56-year-old Kamala Harris, for the first time in the history of the USA a woman was elected to the office of US Vice President.

But the current US President, Donald Trump, refuses to concede. He is trying to challenge the election results with a series of lawsuits. First Trump has to take the legal route via the states. But even if he makes it to the Supreme Court, this does not necessarily mean that the outcome will change in his favor. The Supreme Court can be assumed to be neutral in procedural matters despite the fact, that there is now a solid majority of Republican judges. Even before the election, the Supreme Court rejected Republican petitions regarding the postal votes in Pennsylvania and North Carolina.

Nevertheless, there could still be a few nerve-wracking days ahead if Trump continues to heat up the atmosphere with his accusations of "electoral fraud”. Biden and Harris will therefore try to achieve quick wins in order to also convince Trump voters of their course and thus overcome the deep cracks in US society. The Biden-Harris administration has identified four priorities: Covid-19, economic recovery, racial equality and climate change.

The speed with which measures can be implemented depends crucially on the majority in the Senate, which has not yet been clarified. After all, a further Covid 19 emergency program of about $1.5 trillion seems to be supported by the Republicans even in the short term. Beyond that, however, without a majority in the Senate it is likely to become much more difficult.

The stock markets have taken the news positively. The Japanese Nikkei Index started the week up by more than 2% and the Euro Stoxx 50 also opened much firmer. After a temporary decline last week, interest rates have recovered and are trading virtually unchanged compared to the previous week. Meanwhile, the support for the US dollar was only short-lived. By the end of the week, the dollar weakened again, and in our view this trend is set to continue. At around USD 1,950 per troy ounce, the gold price is trading at a two-months high. The last few days have thus once again proven how important it is to stick to a long-term, robust portfolio strategy even in uncertain times.

This document was produced by VP Bank AG (hereinafter: the Bank) and distributed by the companies of VP Bank Group. This document does not constitute an offer or an invitation to buy or sell financial instruments. The recommendations, assessments and statements it contains represent the personal opinions of the VP Bank AG analyst concerned as at the publication date stated in the document and may be changed at any time without advance notice. This document is based on information derived from sources that are believed to be reliable. Although the utmost care has been taken in producing this document and the assessments it contains, no warranty or guarantee can be given that its contents are entirely accurate and complete. In particular, the information in this document may not include all relevant information regarding the financial instruments referred to herein or their issuers. 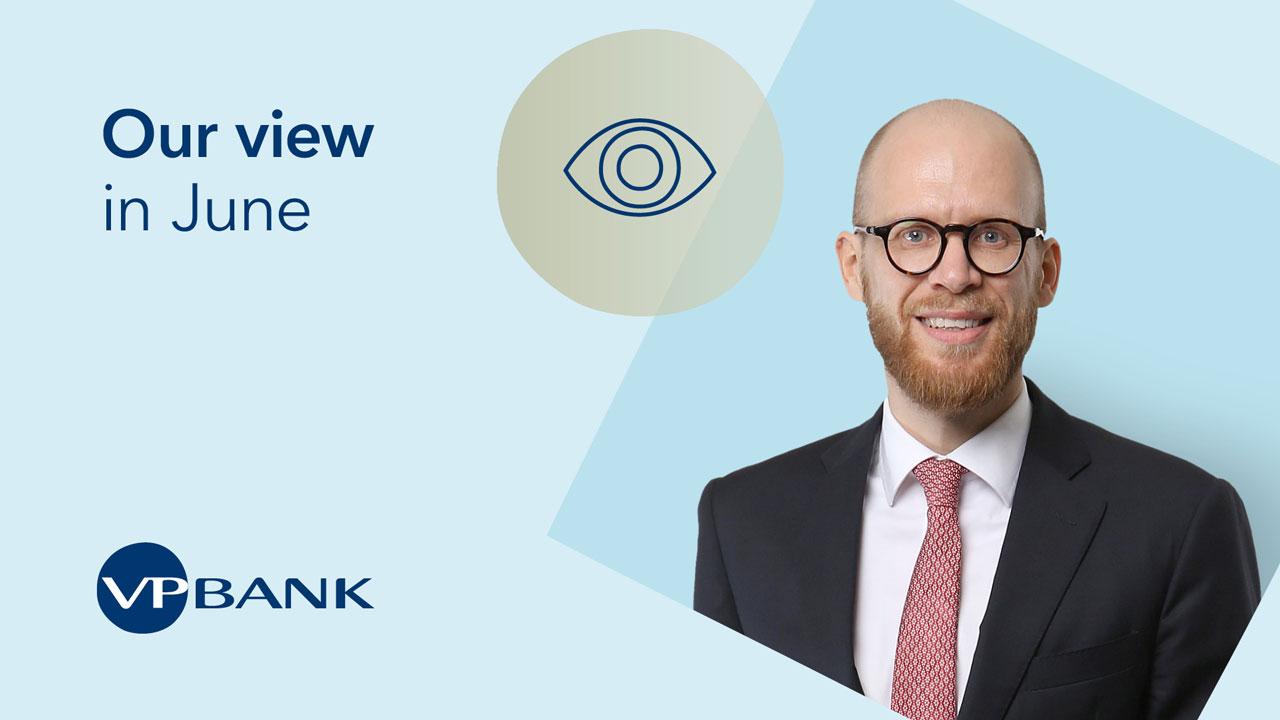