21.07.2020
·
Dr. Thomas Gitzel, Chief Economist
Reading time: 7 Min
The US dollar has taken a beating. There have long been a number of good reasons for this, at least from a fundamental standpoint. Occasionally, the greenback has shown a bit of muscle due to its function as a “safe haven”. But now there are increasing signs that the winds of change are at hand. After seemingly endless negotiations, the eurozone member states have agreed to finance a coronavirus recovery fund, something that should also give a boost to the euro. At the same time, it appears that USD is on the verge of another fainting spell.

In our magazine “Telescope”, we have already sketched out in detail what is at issue here; namely, there are five reasons for USD weakness over the longer term. For the short term, though, we maintained our prediction of a sideways tendency in EUR/USD. The yet to be contained corona pandemic, plus the greenback’s reputation as a safe haven, effectively prevented a more pronounced decline in the US currency for quite some time. However, the greenback now looks vulnerable in the short term as well. Its safe haven function could cede centre stage to homemade uncertainties in the US. At the same time, there are pivotal decisions in the making on the European continent that could alter the way the eurozone member states interact, a development that would obviously argue for a stronger EUR. Thus the winds of change are picking up. So for the next three to six months, we now expect to see the euro gain ground against USD and ultimately trade in a range between 1.15 and 1.20.

After tough negotiations, the eurozone member states have agreed on a coronavirus recovery fund. The resolution reached at the marathon Brussels summit provides for the EU to take on debt in its own name. The total fund package of EUR 750 bn is to be divided into EUR 390 billion in outright grants, which will flow primarily to the debt-ridden countries of the bloc, and EUR 360 billion in repayable loans. This remarkable step by the summit participants was preceded by a paradigm shift on the part of the German government. Until now, Germany has resolutely objected to any kind of shared debt. So it appears that a new perspective is at the root of German Chancellor Angela Merkel’s change of heart. Perhaps her thinking is: Some countries have suffered a structural disadvantage as a result of their membership in the eurozone, and that needs to be corrected through compensatory payments. This is good news for the 27-nation common currency zone in the medium term, as it makes a break-up of the bloc less likely, at least for now. Moreover, the members have demonstrated their ability to actually take action after a heated defence of their respective interests. Th currency markets like this type of cohesiveness in an otherwise polarised world, and the euro has already perked-up against the US dollar. However, we would also point out (critically) that the coronavirus recovery fund could also be the first step towards the so-called “communitarisation” of eurozone debt and hence the risk of free-riding on the part of certain states. In other words, if money simply flows out of a common pot, the urgency for structural reforms, especially in Italy, could be conveniently forgotten there – something that would then weaken the competitiveness of the union as a whole at some point down the road. However, these are long-term bugaboos that the currency markets do not initially perceive as an immediate threat. Their focus is on the short- and medium-term aspects of economic stabilisation that could result from the coronavirus recovery fund.

2. America and the virus

The European states have done remarkably well in combating the coronavirus pandemic. Despite their differing national strategies, a uniform line of defence was discernible across the board, and it is now paying off. New infections remain within bounds, regardless of the short-term spikes attributable to regional outbreaks. In stark contrast to this, the number of new infections in the USA continues to rise dramatically. America does not have the virus under control.

A contributing factor in this regard is most certainly the intransigence of the White House. In some US states, drastic containment measures are already being re-imposed. The most populous state, California (40 million inhabitants), is just one example. This has direct consequences on US GDP growth, and there are already signs of renewed economic setbacks that could result in a U-shaped rather than Donald Trump’s trumpeted V-shaped recovery. Ergo, America’s economic restart could be bumpier than in the eurozone. Apparently, the currency markets have caught wind of this possibility.

3. Political uncertainties in the USA

The economic repercussions of the coronavirus pandemic, Washington’s lackadaisical crisis management in dealing with COVID-19, and the Black Lives Matter movement that ensued from the violent death of African-American George Floyd at the hands of white policemen, have weighed heavily on Donald Trump. The US president’s approval/disapproval ratings speak for themselves (see chart below). According to recent polls, Trump will most likely end up ceding his seat at the Resolute Desk in the Oval Office to the presumptive Democratic presidential candidate Joe Biden.

Precisely in the so-called battleground states where there are no traditional majorities for Republicans or Democrats, the pendulum appears to be swinging in favour of Joe Biden. But there are still four months until the November elections, and before then the mood can change again. That leaves a sizeable dose of political uncertainty in terms of the USA, and that circumstance has undeniable potential to weigh on the dollar versus EUR in the coming months.

We saw exactly the same formation back in May 2017, a point at which the euro started a rally that ultimately took it to 1.25 against the greenback. The common currency enjoyed a tailwind from Emanuel Macron’s victory in the French presidential elections, as it raised hopes in the forex markets that the change of guard at Élysée Palace would lead to structural reforms in France. The parallels with today’s developments in the eurozone are obvious. This circling of the wagons on the Old Continent is being accompanied by market signals that suggest the euro would like to take a shot at higher levels.

Effects on EUR/CHF and USD/CHF

The anticipated upward move in EUR/USD has no effect on our assessment of the franc against the euro. For already a while now, we have reckoned with CHF weakness against the European common currency – and in this regard, the revised outlook for EUR/USD tends to confirm that assessment. Due to the various exchange rate constellations affecting EUR/USD and EUR/CHF, we have adjusted our forecast for USD/CHF and now expect the currency pair to trade in a range between 0.94 and 1.00.

There are increasing signs that EUR/USD is set for a change of course. A mix of strong appeal for EUR and disenchantment with USD could be on the cards. The upside: the euro has the potential to take aim at 1.20 (or higher) against the greenback. But a note of caution: If Round 2 of the coronavirus crisis were to cause panic in the capital markets, the US dollar would once again be in demand due to its outstanding position as a global reserve currency. In this case, higher EUR/USD exchange rates would of course require some patience. However, the fundamental mispricing of the currency pair will not last forever. Even in the event of an interim spike in USD, the same would apply when it comes to the long haul: the dollar is ripe for a decline.

This document was produced by VP Bank AG (hereinafter: the Bank) and distributed by the companies of VP Bank Group. This document does not constitute an offer or an invitation to buy or sell financial instruments. The recommendations, assessments and statements it contains represent the personal opinions of the VP Bank AG analyst concerned as at the publication date stated in the document and may be changed at any time without advance notice. This document is based on information derived from sources that are believed to be reliable. Although the utmost care has been taken in producing this document and the assessments it contains, no warranty or guarantee can be given that its contents are entirely accurate and complete. In particular, the information in this document may not include all relevant information regarding the financial instruments referred to herein or their issuers. 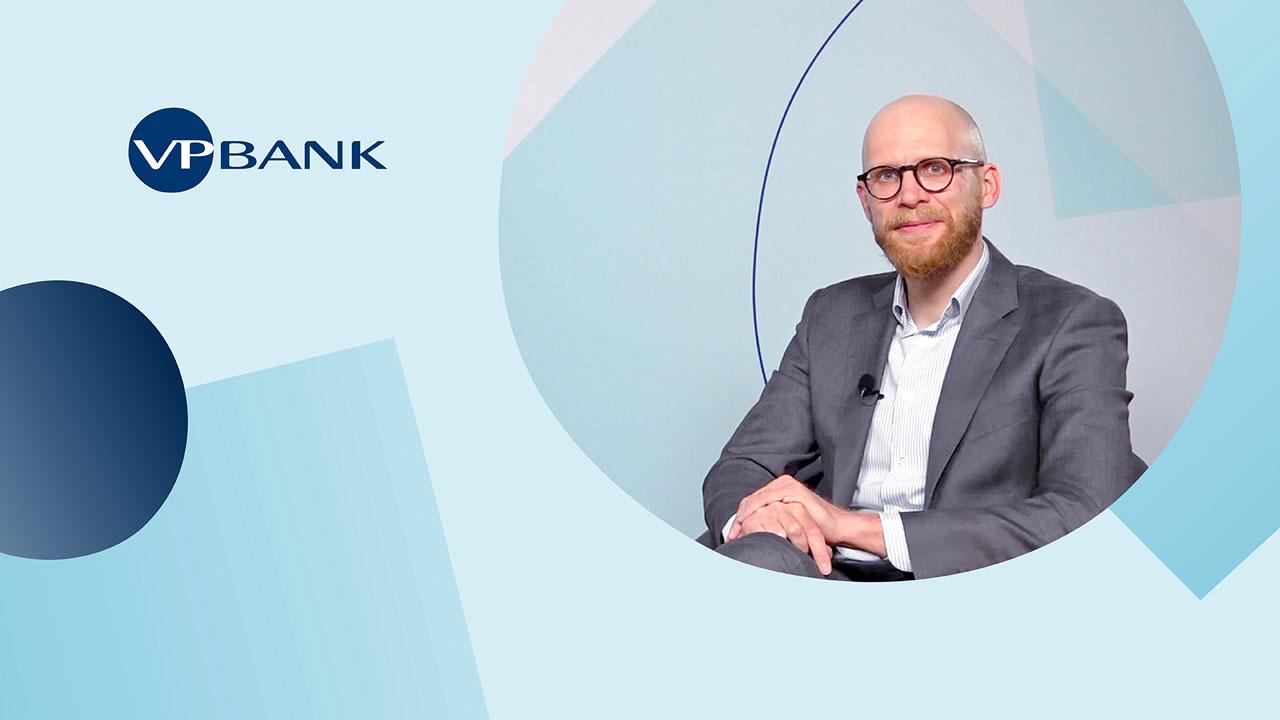